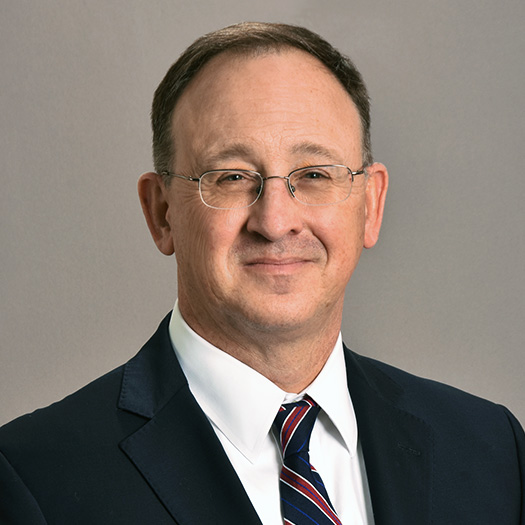 T­­om Marjerison represents clients in civil and criminal matters in state and federal courts.  In 2020, Tom was inducted as a Fellow of the American College of Trial Lawyers. Mark Lavoie, Jonathan Brogan, and the late Peter DeTroy were previous inductees from the firm.

Tom’s cases have ranged from the acquittal of a physician charged in federal court with multiple counts of unlawful distribution of controlled substances in United States v. Hoffman to the Maine Law Court’s adoption of the implied co-insured doctrine in North River Insurance Co. v. Snyder. He has also successfully obtained defense verdicts in a number of high-value and high-profile trials.

Tom earned a B.A. from Connecticut College, and a J.D. from the University of Maine School of Law, where he was an Associate Editor of the Maine Law Review. Following graduation, Tom served as an Assistant Attorney General for the State of Maine where he prosecuted felony cases and was a frequent instructor at the Maine State Police Academy and Maine Criminal Justice Academy.

From 2018-2021, Tom served as an Adjunct Professor at the University of Maine School of Law where he taught Trial Practice. He previously taught Criminal Procedure-Investigations in 2010.  Tom is a former Chairman of the Criminal Law Section of the Maine State Bar Association and was a member of the Advisory Committee on the Maine Rules of Criminal Procedure from 1999-2009.

In 2014, Tom and John Veilleux founded and built Casco Bay Arena, a non-profit hockey rink in Falmouth. Tom was the first President of Casco Bay Arena, and was succeeded by John.  Both Tom and John continue to be heavily involved in the Arena to ensure that youth hockey is available to all by providing accessible and affordable ice time.  Tom also coached youth hockey for over 10 years.

In addition to being a Fellow of the American College of Trial Lawyer, Martindale-Hubbell awarded Tom its highest rating of AV-Preeminent for both legal ability and ethical standards based upon opinions of the Bar and Judiciary.  He has also been recognized in Best Lawyers’ in America, Super Lawyers, and Benchmark Litigation for a number of years.

Tom and his family live in Yarmouth where he serves on the Yarmouth Board of General Appeals.  In his spare time, Tom enjoys whitewater kayaking, fly-fishing, and hiking with his family.