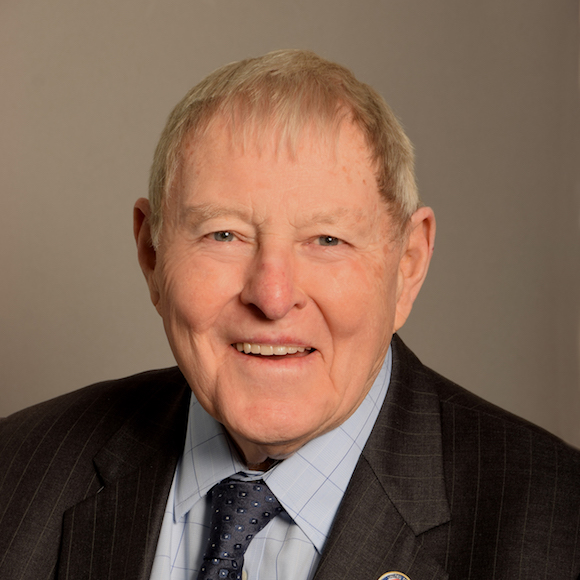 Robert P. Cummins graduated with distinction from Purdue University in 1958 after serving on active duty with the United States Marine Corps from 1952-1954. He received his Juris Doctorate degree from DePaul University Law School in 1962 where he served on the Law Review. He has pursued a civil and criminal trial practice and related counseling for over 50 years and has served as an arbitrator and mediator in complex commercial disputes. He is admitted to practice in Illinois, Colorado, and Maine and before the United States Supreme Court and numerous Federal Courts of Appeal and Federal District Courts.

Robert was elected a 2004 Laureate of the Academy of Illinois Lawyers and has received numerous awards and citations for his professional contributions. He is a recognized expert in the field of lawyer and judicial conduct and ethics and has testified as an expert witness in numerous civil and criminal cases.

Until December 1987, Robert served as Chairman of the Illinois Judicial Inquiry Board. He served as member of the Review Board of the Attorney Registration and Disciplinary Commission of the Illinois Supreme Court for seven years until appointed by the Governor to the Judicial Inquiry Board in 1979. From 2004 through 2007, he served on behalf of the American Judicature Society as advisor to the American Bar Association’s Joint Commission to Evaluate the Model Code of Judicial Conduct. The revised Model Rules of Judicial Conduct were adopted by the ABA in 2007.

Beginning in the 1980’s and through various committee assignments until at least 2003, Robert participated in the drafting, implementation, and updating of the ABA Model and Illinois Rules of Professional Conduct. With the then-Chief Justice of the Arizona Supreme Court, he served as Co-Chairman of the Joint Committee on Professional Sanctions which drafted the ABA Standards for Imposing Lawyer Sanctions adopted in 1986. As a member and Chairman of the ABA Standing Committee on Professional Discipline from 1981 until 1987, he implemented and participated in the evaluation of a number of our state’s lawyer discipline systems including those of the States of Florida, Ohio, New York, South Dakota and Utah.

At various times since 1979, Robert has taught Professional Responsibility as an adjunct professor at Chicago’s Loyola Law School, and he has lectured and participated as a speaker at numerous seminars, conferences, and symposia at Harvard, Hofstra, NYU, Quinnipiac, Northwestern, DePaul, Georgetown, Loyola, Northwestern, and Cooley Law Schools. He also has lectured on trial practice at the John Marshall Law School and served as a panelist at a host of national, state, and specialized bar association conferences. He has lectured at the National Judicial College and at various state and national judicial conduct conferences and seminars, including the AJS Conference for Judicial Disciplinary and Disability Organizations and various trial judge association meetings in Colorado, Florida, and Hawaii, among other jurisdictions. He has been a lecturer at various Illinois Judicial Conferences and Seminars including those conducted for new Illinois judges.

Robert recently served on a multi-week consulting assignment in Sarajevo with the USAID Justice Project in Bosnia and Herzegovina. He was appointed as the judicial ethics expert for the Project. While overseas, he consulted with the judicial officials and prosecutors regarding their ethics codes and standards of conduct.

Robert was appointed as special counsel in a variety of circumstances including the so-called “Black Panther” (Fred Hampton, et al.) case in 1970 and has represented the Committee on Character and Fitness on the Illinois Supreme Court in connection with the infamous Martin Trigona and Matthew Hale matters. He served as court-appointed counsel in the Pontiac prison case and chaired the Defense of Indigent Prisoners’ and Civil Disorders Committee on the Chicago Bar Association.

Robert and his writer/poet wife, Deborah, have homes in Portland and Deer Isle, Maine.