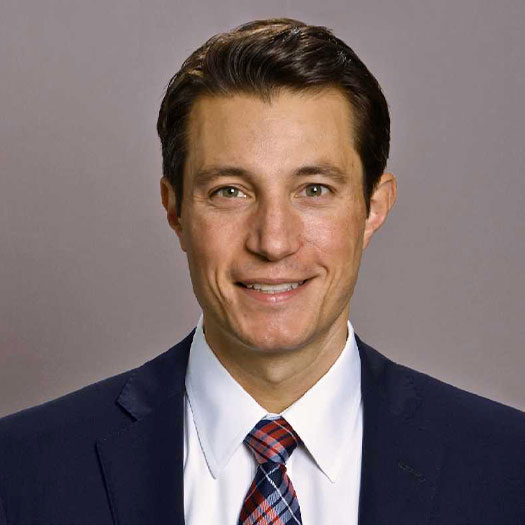 J.D. Hadiaris, a native of Maine, is a Member in the firm’s litigation and medical malpractice groups. J.D. devotes the majority of his practice to defending Maine hospitals, physicians, and other health care workers in professional liability claims.  In such cases, he frequently practices before Maine’s medical malpractice prelitigation screening panel.  J.D. is also regularly retained to defend fellow attorneys in legal malpractice claims and professional complaints.  In addition to professional liability defense, J.D. maintains a robust general litigation practice that includes probate litigation, personal injury, and other civil matters.

J.D. has tried cases and obtained judgments for his clients in courts throughout the State of Maine, in addition to successfully resolving countless cases through negotiated settlement.  For his accomplishments, J.D. has been selected for inclusion in New England Super Lawyers as a Rising Star, an honor bestowed upon only 2.5 percent of his peers, every year since 2010.  He has also been recognized by Benchmark Litigation.

Outside of the courtroom, J.D. enjoys devoting his time to local causes.  He has previously served on the Dyer Library Board of Trustees and the Thornton Academy Alumni Board.  He regularly volunteers at a food pantry in Saco, Maine with other past members of the Thornton Academy Alumni Board, and his family serves an annual free meal to members of the community on Christmas.

Prior to attending law school, J.D. studied Government at Colby College, where he was a standout goaltender on the Men’s Ice Hockey team.  He held the lowest goals against average in NCAA Div. III during his senior year, and several of his goaltending records at Colby still stand.

J.D. lives in Saco with his wife, Ariana, and their two children.  J.D. and Ariana enjoy skiing, hiking, and following the many activities of their children.